The Aam Aadmi Party today led the protest in Mumbai, along with college students, environmental activists and fellow Mumbaikars. This protest was in solidarity with 21-year-old climate activist’s draconian arrest by the BJP Modi government by the Delhi Police.

“Disha Ravi’s arrest is clearly aimed at suppressing the participation of young adults in any activity expressing dissent against the Govt in Urban India.

It is literally an attempt to scare youth, their parents, their friends and family.Also, lots of lacunae in the judicial process.Was there a transit remand from Bangalore? Why didn’t she have a lawyer?

Does such a case merit 5 days of remand? What happened to rule of law? Her arrest is wrong at so many levels?”, said Ruben Mascarenhas, National Joint Secretary, Aam Aadmi Party.

Also, a toolkit is a set of resources which is used extensively for purposes of mobilization, protest and is pretty common. BJP IT cell uses tool kits for hate-mongering, targetted attacks on their political opponents.

Remember those same repeating errors in tweets or hashtags? That is exactly the result of the blind application of the contents of a toolkit.

“The arrest of Disha Ravi is an assault on our Constitution, democracy not just freedom of speech but also on our right to live. Is there any other democracy where people do not protest against government policies? We have a right to protest, the government has a duty to enable that protest.

It is a legal and democratic right to express our opinions on our government. How is supporting the farmers’ protest a crime? Her arrest is the new low for this government and they fall lower every time. Aam Aadmi Party-Mumbai will protest against this arrest and we hope that she is freed soon.”, said AAP Prabhari Preeti Sharma Memon. 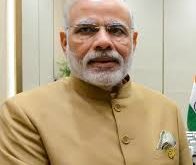