More than 15 lakh people have so far watched “Rewind”- A short film made by Krishna PranBreast Cancer Charitable Trust Ludhiana, supported by Femella on Femella’s YouTube Channel. The short film aimed to create mass awareness against Breast Cancer was uploaded on YouTube on October 14, 2022. Thus, more than one lakh people are watching this short movie daily, which indicates its success and meets the purpose for which it was produced and uploaded on YouTube by Sanjeev Arora MP’s Trust engaged in rendering free and selfless services to the patients suffering from Cancer.

The short movie “Rewind” was specially produced and launched in the ongoing month as October is observed as Breast Cancer Awareness month the world over with the objective to increase awareness about the disease and its prevention. Breast cancer is the most common cancer affecting women across the country. More than two lakh women in India were estimated to have been diagnosed with breast cancer in 2020, and more than 76,000 deaths were reported as per the estimates.

It has been observed that everyone is coming forward to become an integral part of this mass awareness campaign. This is evident from the fact that this short film has been retweeted by among others by AAP national spokesperson Raghav Chadha, MP(Rajya Sabha), noted Comedian Kapil Sharma, famous singer Brothers Mika Singh & Daler Mehndi, MP Hans Raj Hans, Lavanya a famous south actress, former IAS from Punjab DP Reddy, some leading Dailies and many other celebrities from various fields.

The duration of this short film is around 3 minutes and its story and screenplay have been written by Loveena Bagga and Nayana Gupta. The movie has been produced by Production House namely Adyah Moving Pictures. And the cast included Dilraj Uday, Mandy Sandhu, and Kanwal Preet Kaur. The entire star cast of the film said, “We feel proud to be part of the campaign launched through this short movie for creating awareness against breast cancer, which is curable if detected at an early stage.” It will always remain a memorable moment for them to work for this movie, they added.

Sanjeev Arora, MP has thanked everyone for showing interest in watching the short movie and further spreading the message to his known ones. “We are happy that we are succeeding in our objective of reaching out to the maximum number of people for creating mass awareness against breast cancer disease. Our objective is completed even if our mass awareness movement saves the life of even a single woman”, he remarked.

Krishna Pran Breast Cancer Charitable Trust is an initiative by the founders of Femella, an online women clothing brand. Trust was formed in 2005 in memory of the parents of Sanjeev Arora, MP. Arora’s mother Krishna Arora had left this world at an early age due to the late detection of this deadly disease. The main purpose of forming the Trust is to make as many people as possible aware of this deadly disease and treat free of cost poor patients down with this disease. Trust has held various camps in various places on prevention and awareness of this disease. Also, Trust has treated 180 patients free of cost with Cancer. Free treatment includes surgery if required and also all the medication till required by the patient. Recently Sanjeev Arora MP has announced to match the Punjab Govt contribution towards needy Cancer patients. 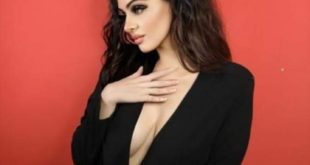