The Narcotics Control Bureau (NCB) is an apex drug law enforcement agency with view to coordinate actions of various central/state agencies in the matters related with drug law in the country.

They have a specialized Team who are on their toes and wait for any specific information leading to Drug Trafficking and Drug Suppliers in the Country.

In Mumbai they have raided many prominent places that includes Star
Hotels and prominent residential places and hideouts.

The Narcotics Control Bureau (NCB) has been in vigorous action and cracking down Drug Traffickers and Drug Suppliers and have arrested many of them.

Their fresh crackdown was 02 operations in Goa & Mumbai on 30th April, and they succeeded in registering 02 cases in a short span of 12 hours.

Reportedly, NCB, Goa has summoned owner of the shack for the further investigation. Mustafa @ Tiger is a notorious drug trafficker of North Goa area. He has been was running his drug trade from Negi Café. Efforts are on to intercept and Nab him.

In their second operation on the midnight of 30th April, Mumbai NCB intercepted one Indian national namely Irfan Ansari, age 24 at Lokhandwala

Circle, Andheri(W), Mumbai and seized 56 tablets of Ecstasy/MDMA (Commercial Quantity) MDMA (methylenedioxy-methamphetamine), commonly known as ecstasy, is a party drug that alters mood and perception is chemically similar to both stimulants and hallucinogens and produce feelings of increased energy and pleasure. 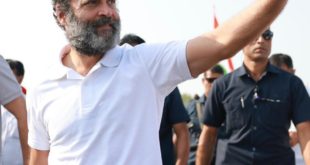