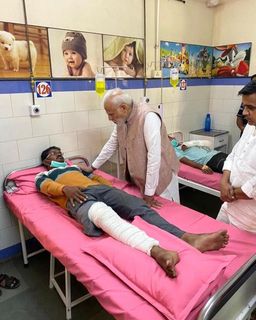 The unfortunate collapse of the Morbi Bridge in Gujarat on 30 October, has emerged as a very serious issue and today’s talk of the town. Around 135 people have perished in the gruesome tragedy.

Prime Minister Narendra Modi is in Morbi. He visited the Civil Hospital where the injured persons have been admitted and spoke to them and their families and ensured to take care of them.