To commemorate the auspicious Birth Anniversary and as a Tribute to the eminent and Selfless Freedom Fighter of our country, Subhash Chandra Bose on 23 January an event was organised by the Founder of Rajneeti Ki Pathshala, Shri Ajay Pandey ,Vice President Dr.Jiggnna Desai of Mumbai Zone and with support of Whole Team of RKP which included Ulka Nair,Akash Shukla,Sanjeev Tyagi,lakkiji,Venkat Laxmi,Shubhadip,Kinjal Shah,Mahesh Rajput at the Mayor’s Hall,Juhu lane.

This event was conveyed by Founder Ajay Pandeyji and whole Team.
Dr.Jiggnna Desai who is the Mumbai Zone Vice-President of Rajneeti Ki Patshala.
Noteworthily, Dr.Jiggnna Desai is an affable Spiritual Life Coach, Tarot Reader, Psychic Medium, Numerologist ,Astrologer,Vastu Consultant, a Master Healer ,She is also a multi modality practitioner
by Profession,and also an active Social Worker towards Society. She is a model by passion, and has also been crowned as Mrs.Talented in Beauty Pageant held in 2017.
She Is Also Associated and President of Mumbai zone for DadaSaheb Phalkain Awards and Brijbhoomi Foundation.
.

With her Knowledge and Blessings from the universe she helps and guides people to transform their lives with positivity and theory of law of attraction. She is a firm believer in Manifestation.

Many eminent personalities were invited for the auspicious Event and were warmly Feliciated with the Rajniti Ki Patshala ( RKP)Souvenir.
The event also witnessed the gracious presence of Ex-MLA Shri Ashok Bhav of Congress as Chief Guest and who delivered a speech and participated in the Deep Prajwalan prior to the start of the Event.

The Event also saw the presence of Guest Of honours like Celebrity Astrologer-Dr.Hittesh Gurujee-SpiritualGuru,who

Many Women and Men Were Felicitated and posthumously honoured with the Subhaschandra Samman all around the globe. 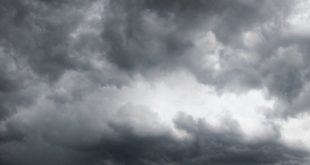