Mismatched Season 2 was everything we expected it to be and so much more. It was confusing, exciting, new, familiar and beautiful all at the same time and seemed to get over so quickly! Well one thing that Season 2 gave us that we absolutely cherish is the limelight on the cutest chocolate boy, Harsh Agrawal. Fans of the show have posted that Vihaan Samat steals the show with his impressive act.

Vihaan, who portrays the character of Harsh, has made audiences fall in love with his adorably lovable personality from the first episode. Much deservingly, Vihaan has been receiving quite an overwhelming response on his posts and Instagram for playing the part perfectly and giving us a character we will hold close to our hearts for a long time to come. Harsh surely checks in all the boxes for the green flags we incessantly search for in guys in our own lives. He gives us an aww worthy moment when he sings “Jab Koi Baat Bigad Jaaye” in his cutesy accent only to make Dimple smile.

Apart from stellar critic reviews, audiences and fan pages are filling up the comments showing great love for the actor. The fanbase that truly loves Harsh was completely heartbroken when the Dimple-Harsh breakup scene took over the screen. One user wrote “I started the show for Dimple and Rishi. Ended up watching it because of Harsh. He stole the whole goddamn show!” while others added “I wish I was there to hold you and hug you when Dimple broke your heart” and, “Your screen presence was pure magic” 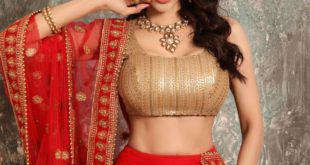