Jhataleka made her entry into the world of films with the critically acclaimed and sweet romantic comedy, Sanjey Leela Bhansali and T-Series’ Tuesdays and Fridays opposite Anmol Dhillon. It was indeed a grand debut for Jhataleka who had spent over 2 years in the rigorous training and filming process, that was shot in London and Mumbai.

Her lovable character Sia is what every career oriented girl would relate to and such was the same, as Jhataleka has got messages, calls and emails from young girls across the globe who look up to her character and are inspired by the same grit, determination and pazzaz she shows as Sia, an NRI girl raised by her single mother in London who is now working in Mumbai. Sia is the perfect amalgamation of the girl next door and a strong independent woman with a high sense of self respect.

Recently, the film made its digital release on Netflix India on and has been trending in the Top 10 category ever since! Apart from fans reaching out to the actor, Jhataleka is touched about the number of women messaging her via social media about the inter personal relations depicted in the film from family to love to friendships and more.

Speaking on the reaction to Tuesdays and Fridays, Jhataleka says that, “It’s truly humbling and surreal to get such a reaction for my debut film. I am so glad that through Sia, I have managed to connect with girls of all ages and even mothers on the importance of self respect, financial independence, the value of relationships more. The messages have been overwhelming and I am so thankful to the entire team, because a film is a team effort. Giving the times that we are in, I urge everyone to stay safe, stay home and watch the content you like on OTT or otherwise. If in a small way, the film can bring happiness to families in such times, then that is a huge blessing for me.” 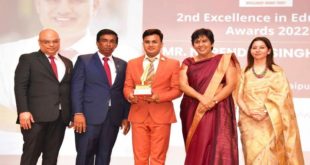