Congress spokesperson Rajiv Tyagi died after a cardiac arrest on Wednesday , 12;Aug at his residence in Ghaziabad.

Congress Spokesperson , Rajiv Tyagi suddenly collapsed at his Ghaziabad home and he was taken to yashoda  hospital at Ghaziabad where he was declared dead.

His Colleagues expressed shock over the sudden death of popular Congress Spokesperson. 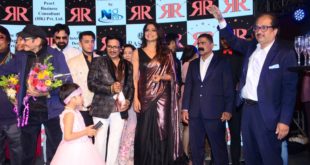